Squash plants are some of the most prolific producers in the garden. If you garden in a small space, you might be hesitant to plant squash; they can be large plants with a tendency to sprawl. But don’t despair! There are bush and container squash varieties that are more compact but still produce loads of squash.

Some types of squash, such as chayote, take a long time to mature and can be a challenge to grow in cooler climates. Other types, such as zucchini, will start producing quickly and are easier to grow in areas with shorter seasons.

Check out the squash varieties in Planter to find plants that suit your taste and your garden! 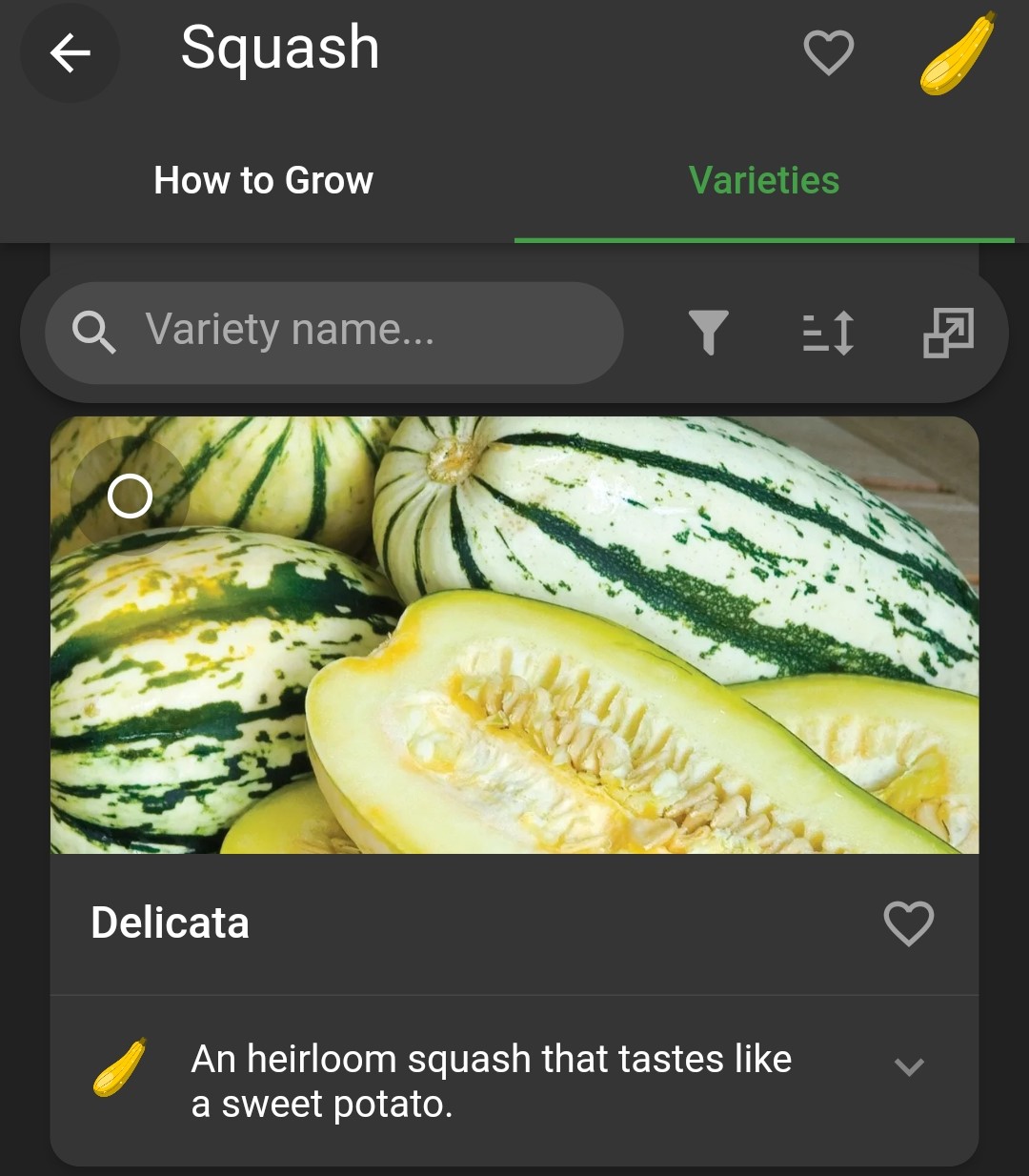 How to Grow Squash#

It is generally recommended to direct seed squash, to avoid disrupting the roots with transplanting. However if you want to get a jump start on the season, it is possible to start them indoors and transplant them carefully to avoid damaging the roots.

If you plan to grow squash in containers, choose a container that will be large enough to allow the plant to reach full size.

Planter has all the detailed information you need to grow various types of squash successfully! Pay special attention to the many pests and diseases that can afflict squash. Click on each of the cards to learn about prevention, identification, and control techniques. 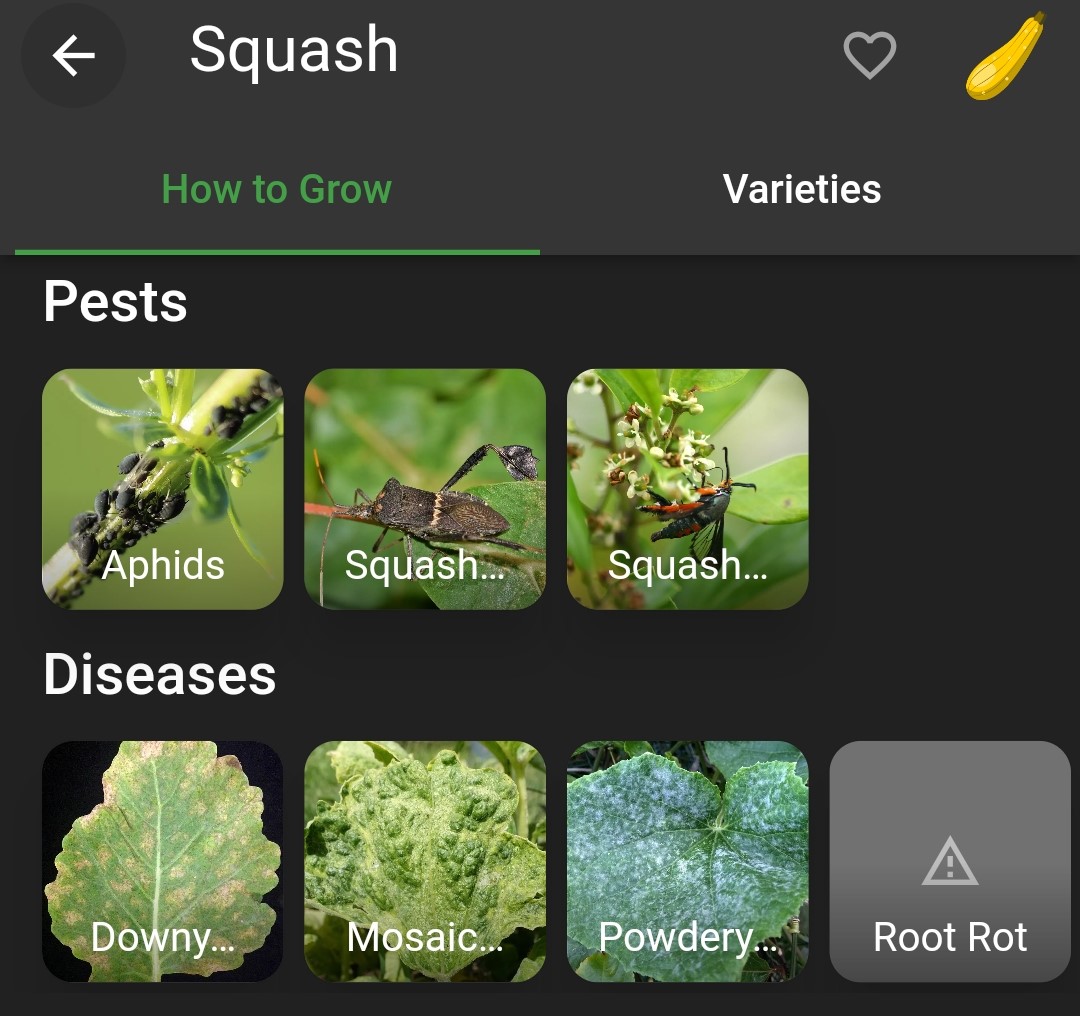 You can stave off disease issues by pruning your squash plants. Remove old, diseased, and dying leaves, and ensure there is good airflow through the plant. Despite your best efforts, there comes a point as the plants age where production slows and they start to die back. If you have enough time left in your growing season, you can replant (better yet, have transplants at the ready) to keep the harvests going.

Vining squashes need room to grow. You can grow them up trellises, or allow them to grow along the ground. There are pros and cons to each approach.

Trellising is more space-efficient as the plants grow up instead of out. It allows more airflow around the plants which can help prevent disease. It can also make the squash easier to harvest. Heavier types of squash may need additional support, such as slings, to stay attached to the vine.

Allowing the plants to sprawl along the ground means no engineering is required, but they take up more space. As the plants grow, they will root into the soil along the way, which can save the plant if the stem becomes injured, say from a hungry squash vine borer larva. You can help the vines root in by hilling some soil over top at different spots where they touch the ground.

When to Harvest Squash#

Summer squash should be harvested when the fruits have reached the expected size for their variety. Do not leave summer squash on the plant too long, as they can become unappetizing when they are overly large and mature. Harvesting every few days, or even more often, helps ensure you pick the squash at the perfect time and encourages the plant to keep on producing. Always cut the squash off rather than twisting or pulling it, to avoid damaging the plant.

Winter squash should be harvested once the skin has had a chance to toughen up, which happens after the squash reaches full size. Test this by pressing a fingernail into the skin - it should not puncture easily. Keep at least a 2-inch piece of stem attached to the squash - this is important for the longevity of the squash in storage. 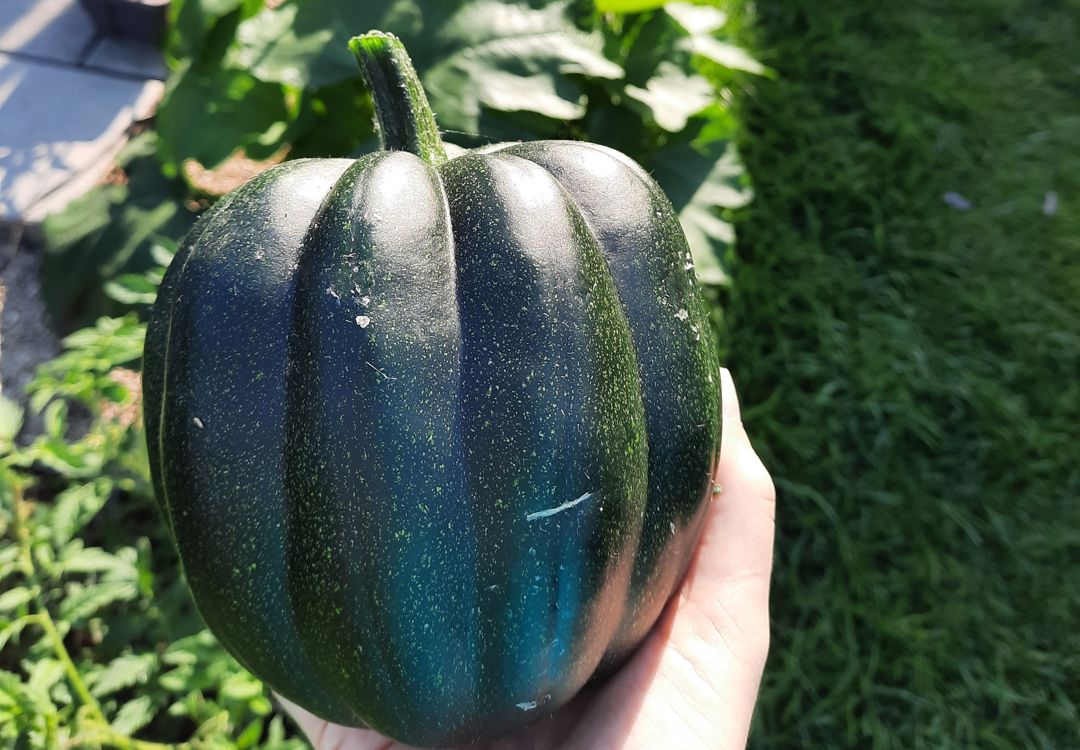 Winter squash should be cured before being stored. Use a dry towel to wipe any dirt off the squash then leave them in a sunny, dry area for 10-14 days before storing in a cool, dry spot. Depending on the type of squash, they can keep anywhere from several weeks to several months.

If you have ever been interested in growing squash in your garden, don’t let your enthusiasm be ‘squashed’… Find varieties that work in your space and enjoy the bumper crops!