The Benefits of Beneficial Insects#

Natural predation can help take care of pests instead of using chemicals! Not only are pesticides becoming less effective on pests due to developing resistances in the insect populations, they wreak havoc in the environment. Pesticides can ruin the soil and seep into the water sources nearby, causing harm to the local ecosystem. Pesticides also aren’t selective; not only do they kill pests as intended, they’ll also kill beneficial insects and harm creatures that feed on the dead insects. On top of this, beneficial insects also offer long-term protection if they get well-established in your garden! All in all, natural pest control is better for the environment!

Adding in these insects yourself may not be easy or advisable in your area, or for an open garden. It’s a great option for greenhouse pest control, but make sure you research first and determine if it’s the best choice for your specific situation. There also may be some at-home remedies for infestations that suit your situation better!

If you’re looking to invite new friends to your garden, we’ve included some good plants that each insect is attracted to in their description! Herbs like dill, yarrow, and fennel attract MANY different beneficial insects; dill’s flowers in particular also attract many butterflies, so it’s a great plant to have in the garden. Regardless, having a variety of flowers and herbs will attract many pollinators and beneficial insects.

While this post focuses on the beneficial insects that eat pests, if you’re looking to attract pollinators specifically, come check out this post focusing on that!

The Most Common Friendly Hunters (in no particular order):# 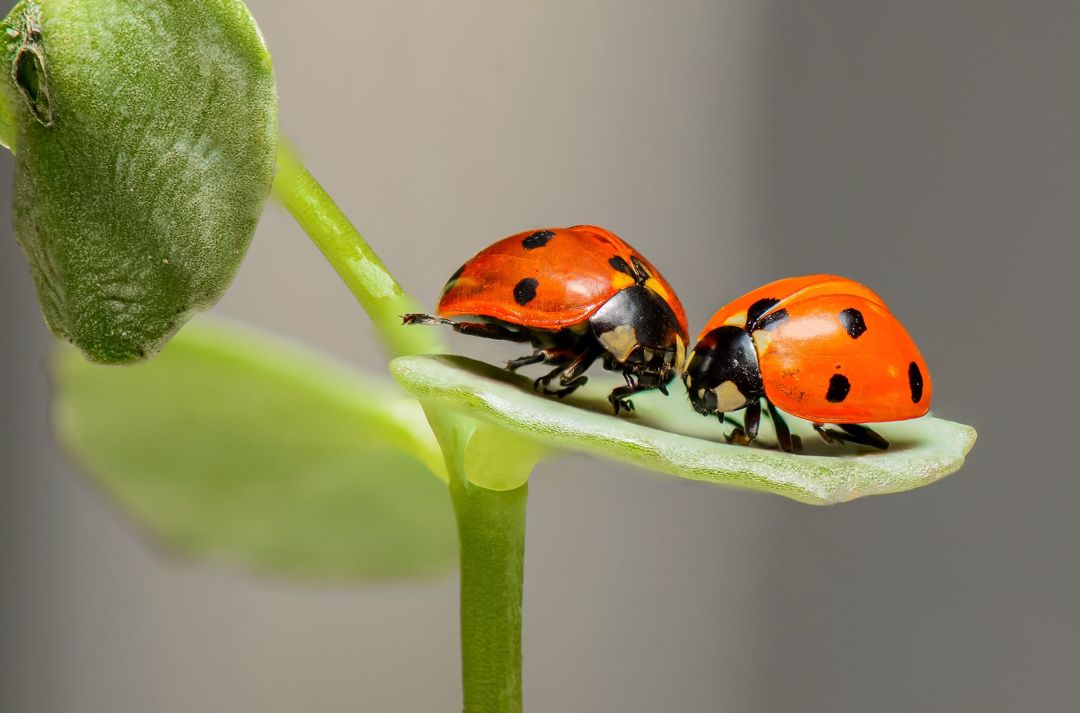 Ladybugs are incredibly good at controlling small pests like aphids and soft bodied insects like caterpillars or thrips! They won’t harm your plants as larvae, as they eat pests throughout their life cycle rather than plant matter. Ladybugs can be attracted by dill, yarrow, fennel, tansy, and dandelions. 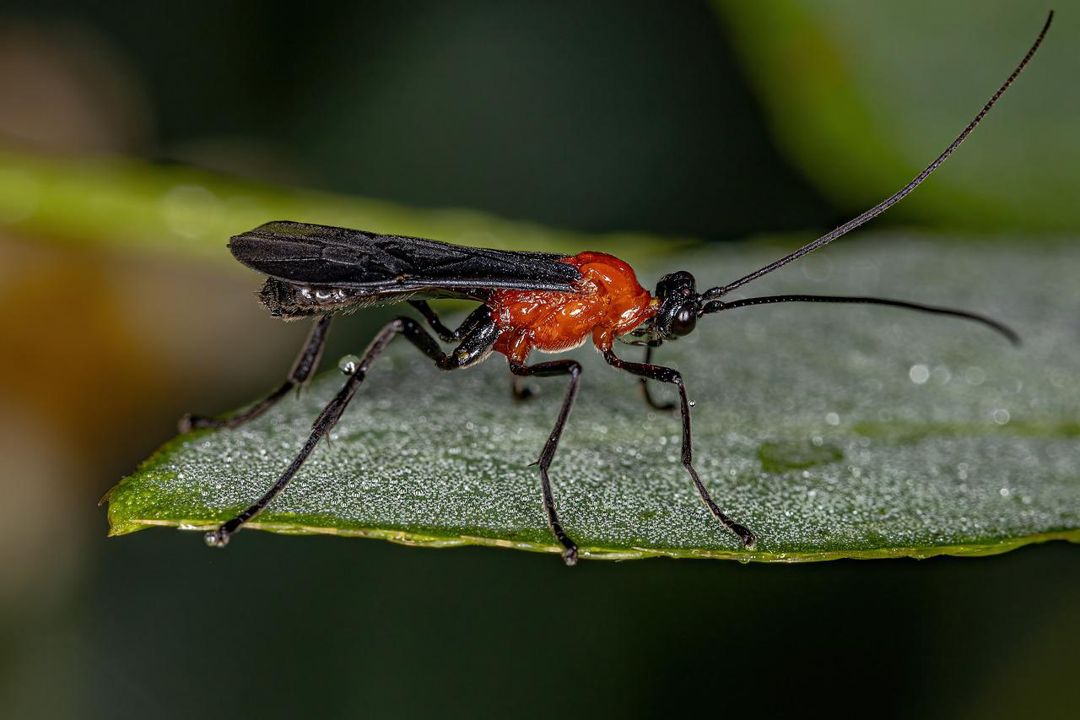 Braconid wasps eat aphids, beetles, caterpillars, hornworms, and stink bugs; they are also parasites that attach their larvae to caterpillars. Don’t worry- though they are called wasps, they don’t sting! Braconid wasps can be attracted by yarrow, dill, fennel, lemon balm, and parsley. 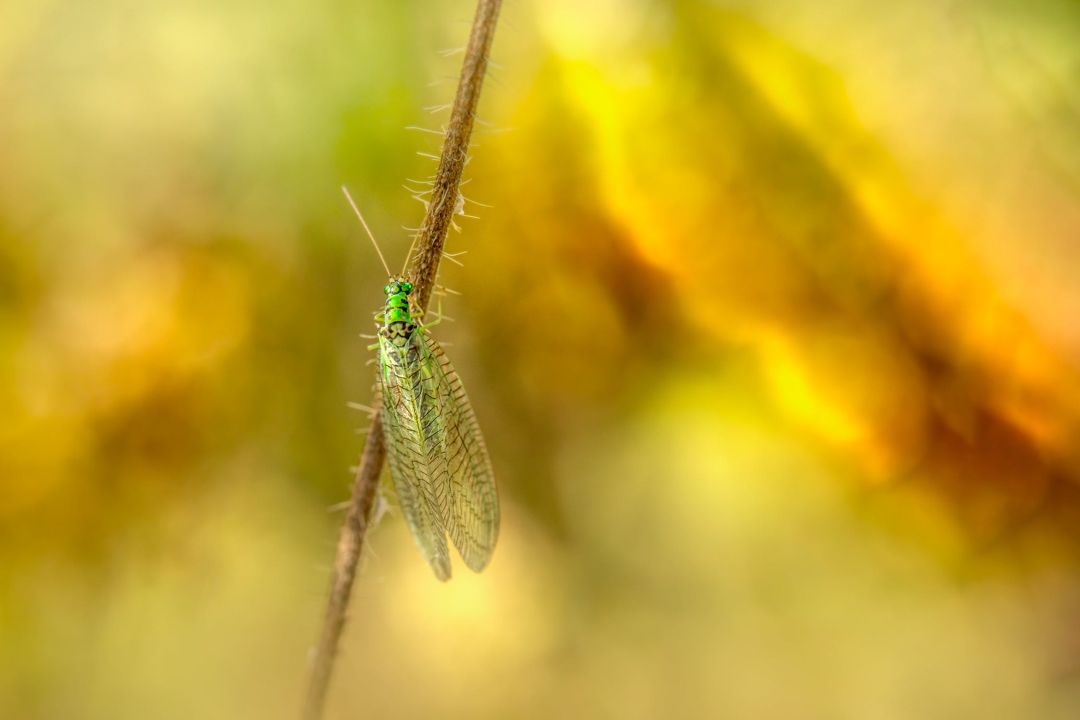 Lacewing larvae eat tons of pests: aphids, mites, thrips, mealybug, whitefly, leafhoppers, and some beetle eggs and pest moth eggs. Once they grow up, however, they’ll feed on nectar and pollen; thus, they’re attracted by plants like dill, yarrow, fennel, and tansy. 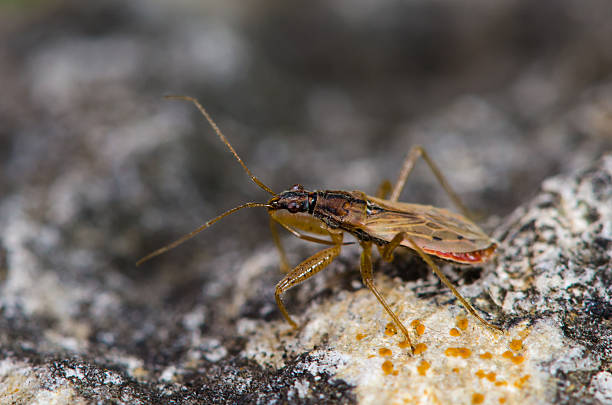 Not to be confused with damselflies, damsel bugs eat many pests that eat commercial crops, as well as aphids, mites, caterpillars, and moth eggs! They’re attracted by many herbs such as fennel, alfalfa, spearmint, dill or chamomile. 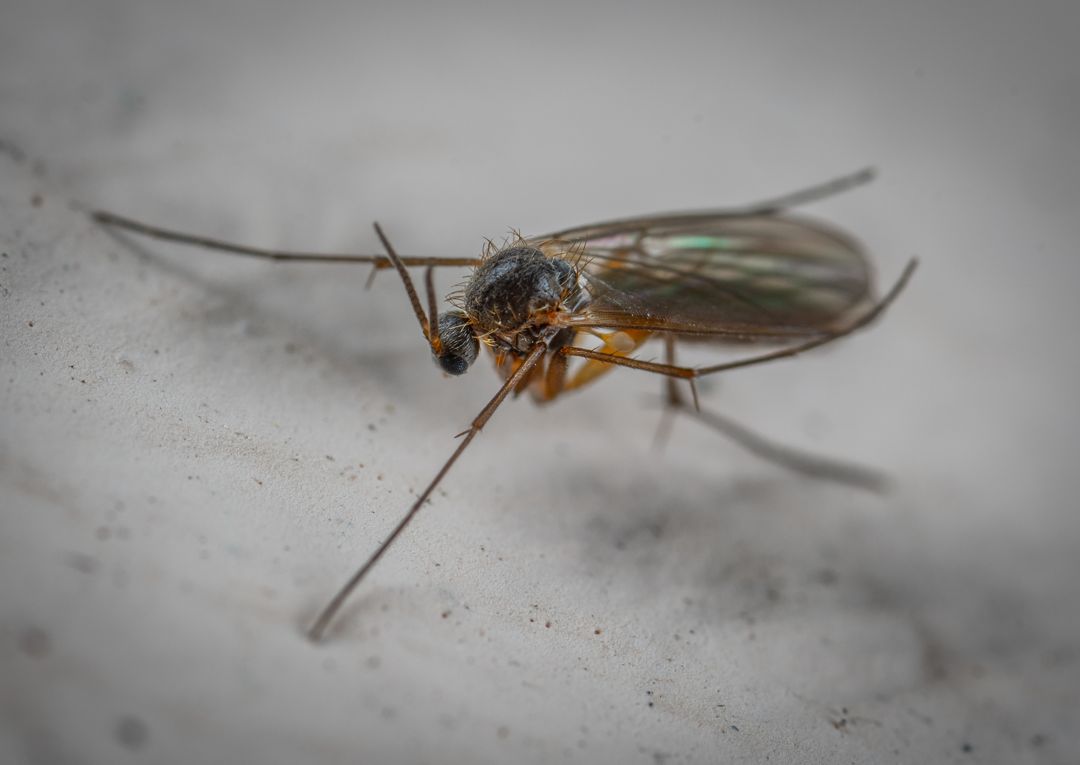 Aphid midges feed on around 60 different types of aphids, as well as other soft bodied insects! They’re attracted by most plants that produce a lot of nectar or pollen… also Dill! Noticing a trend? They’re even more effective at controlling aphids than ladybugs! 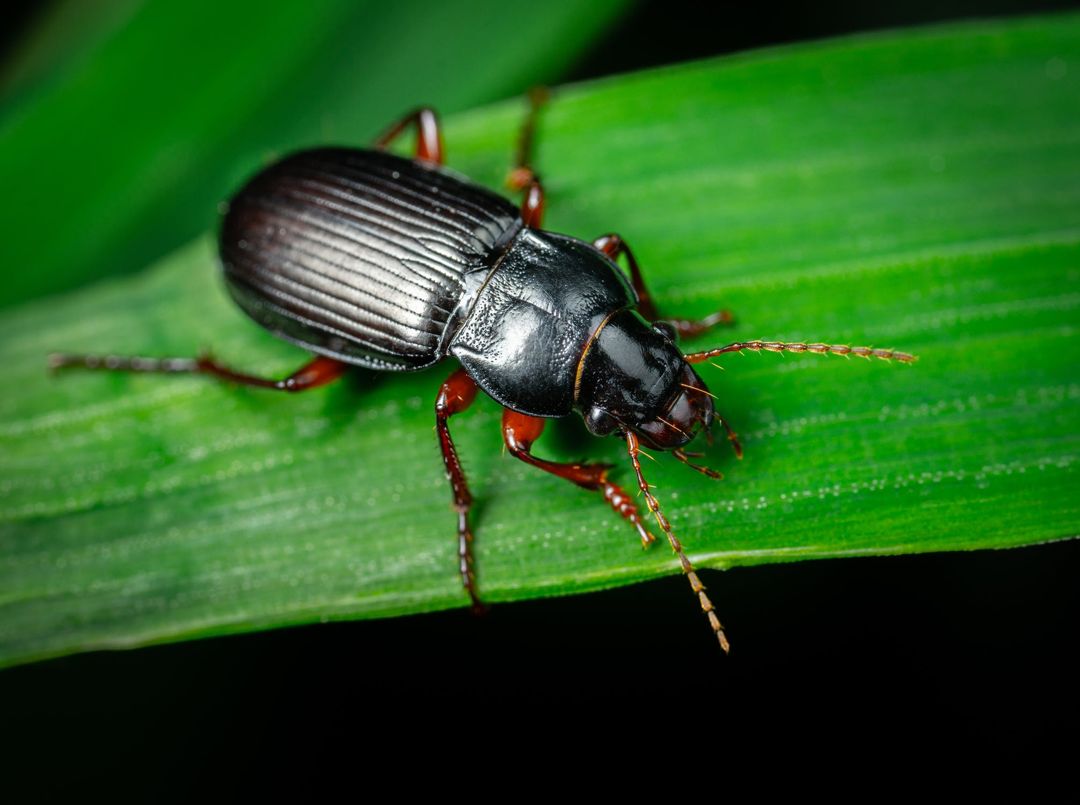 While other predators on this list often hunt on the plants, ground beetles take on the ground. They hunt in and on the soil for slugs, snails, and other night pests. They dig and are nocturnal, so they’ll be active at a different time than other predators in your garden. They make their homes in decaying plant matter, so they like well mulched gardens and stones to hide underneath, and are attracted to milkweed, dill, fennel, and mint. 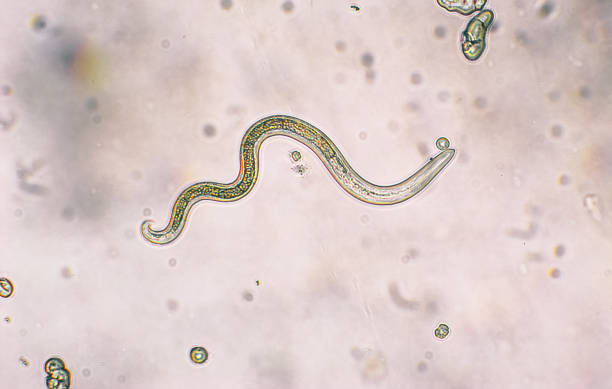 Nematodes are microscopic parasitic worms that live in the soil and hunt larvae of pests! They’re harmless to humans and plants, and don’t prey on beneficial insects like worms, so they’re definitely on the friends list of beneficial predators! These aren’t specifically attracted to any plants, but enjoy well fertilized soil with manure and compost. 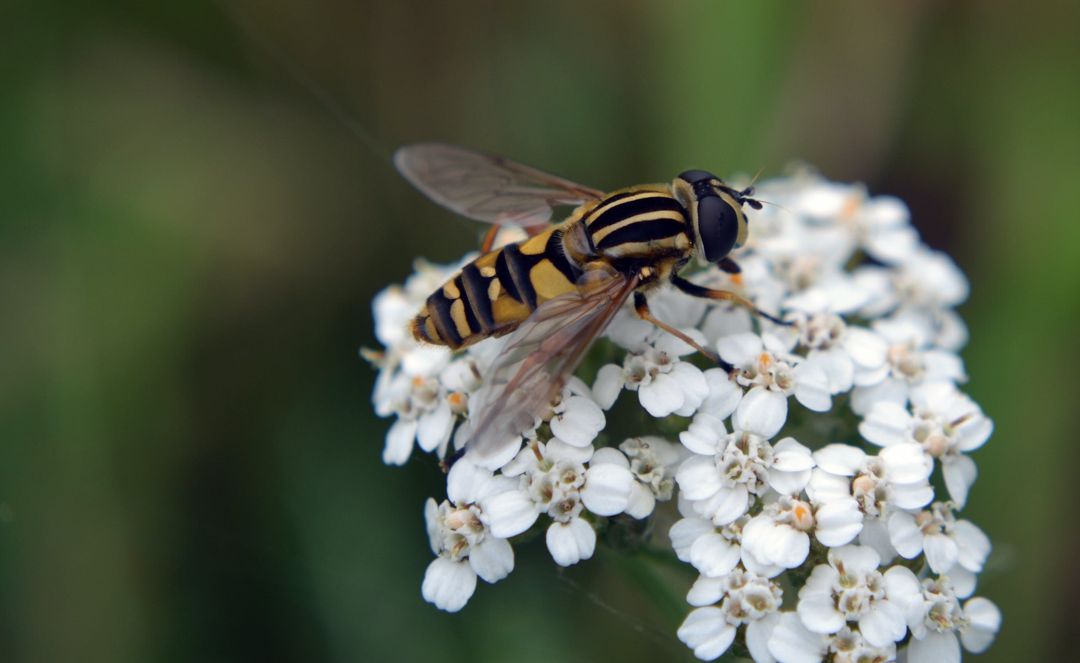 Hoverflies eat aphids, thrips, scale insects and caterpillars; they’re almost as effective as ladybugs! Hoverflies are attracted to a large number of herbs such as yarrow, dill, feverfew, fennel, lemon balm, and parsley. 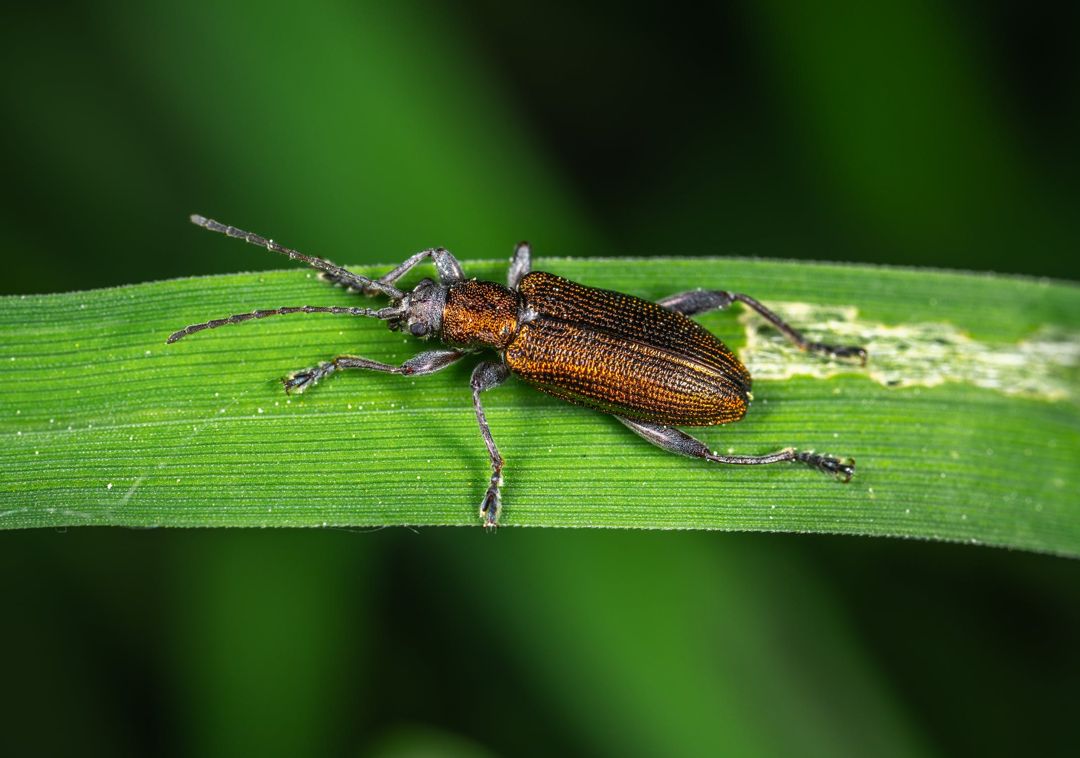 Soldier beetles prey on aphids, pest eggs/larvae, and caterpillars. They also help pollinate some flower species like zinnia, marigold, daisies. They’re attracted by those flowers as well as many herbs! 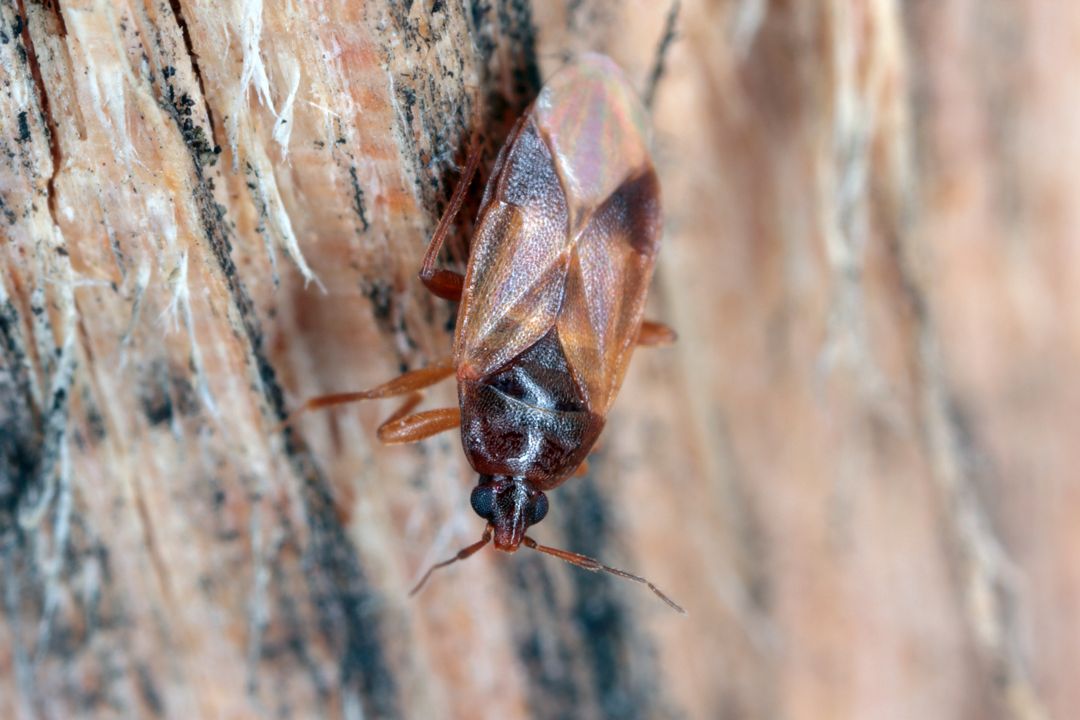 Pirate bugs are very small, fast predators that eat soft bodied insects like aphids, spider mites, and thrips. They’re often found on corn, soybeans, and tomatoes, and can be attracted by plants such as fennel, spearmint, alfalfa, marigolds, and daisies.

Some hunters to be careful of!# 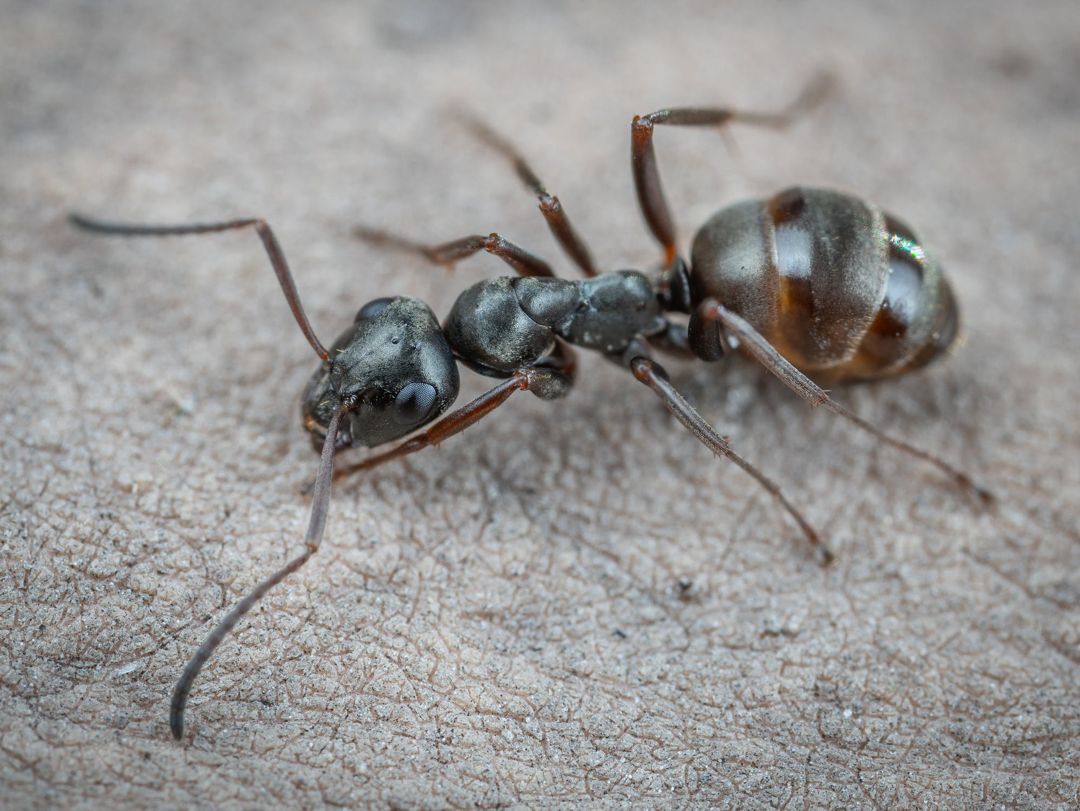 Ants often prey on mealybugs and aphids, however some ants will feed on dew that insects like aphids or thrips produce. If you release insects to feed on these insects, the ants may protect the pests and or even carry them to food sources. These aren’t insects you should specifically try to drive away from your garden, as they’re important for decomposition; this is just something you should be aware of! 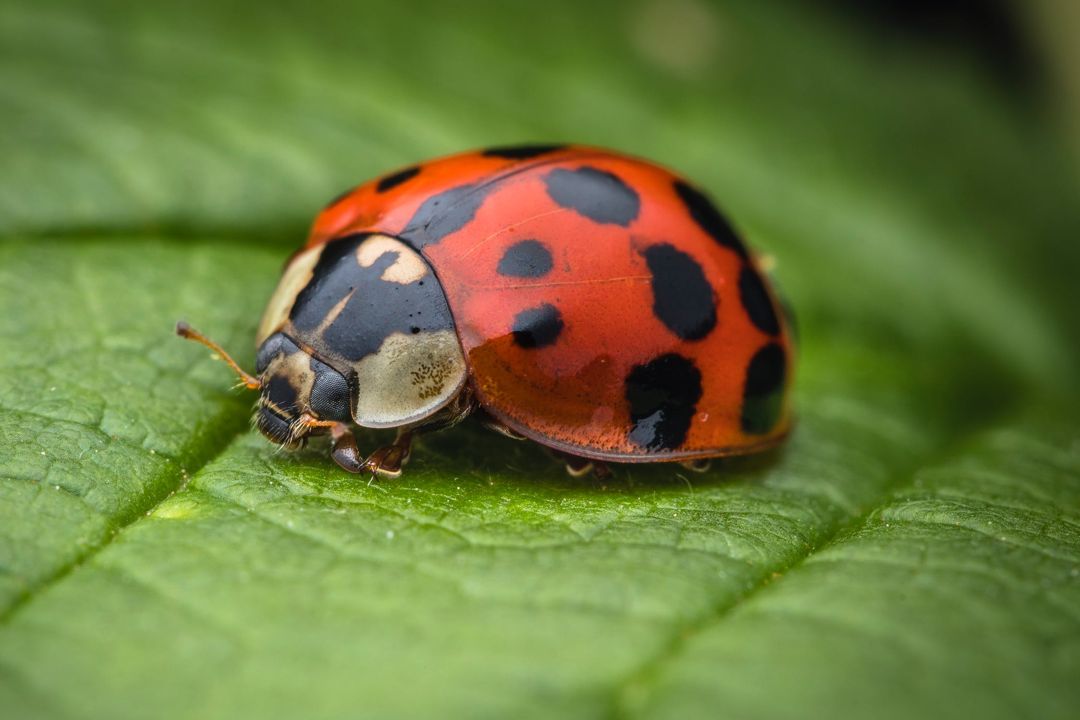 Asian lady beetles are invasive to the US; they look much like a ladybug, but have an “M” shaped black mark on the head formed by two large white circles on either side. They do feed on aphids as ladybugs do, but they also may carry a parasitic fungus that kills off native ladybug species. 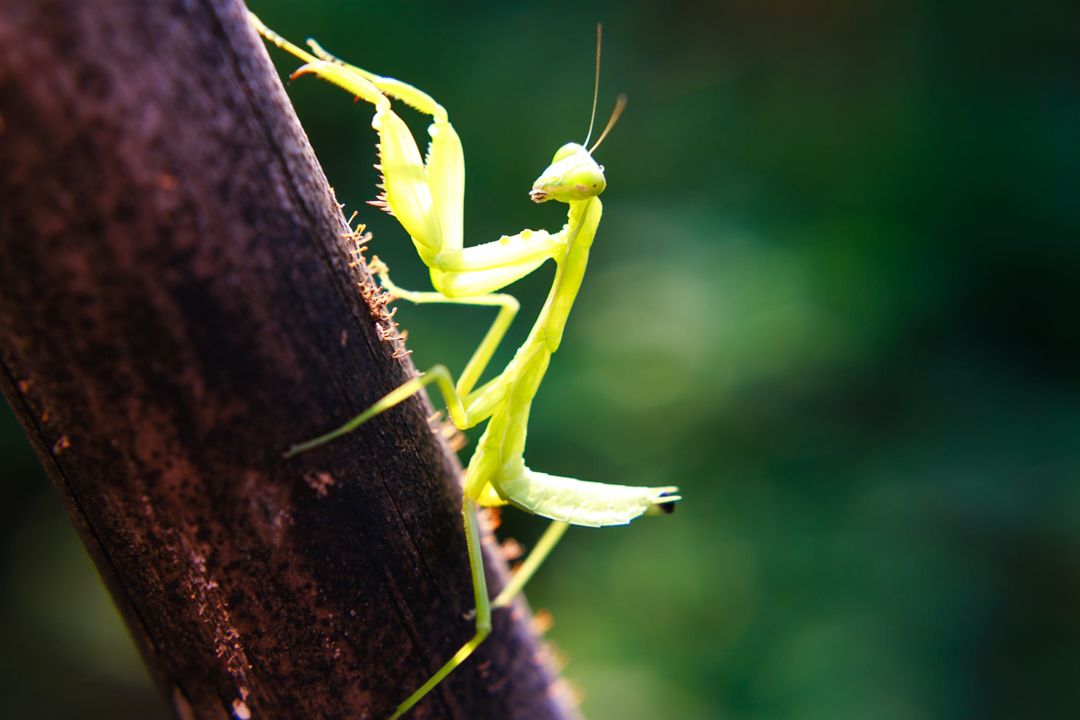 Praying mantids are very efficient and eat larger pests like flies, crickets, and beetles; they can be incredibly useful but they will also hunt the beneficial insects! They eat whatever they can get. They’re attracted to marigolds, dill, and fennel! 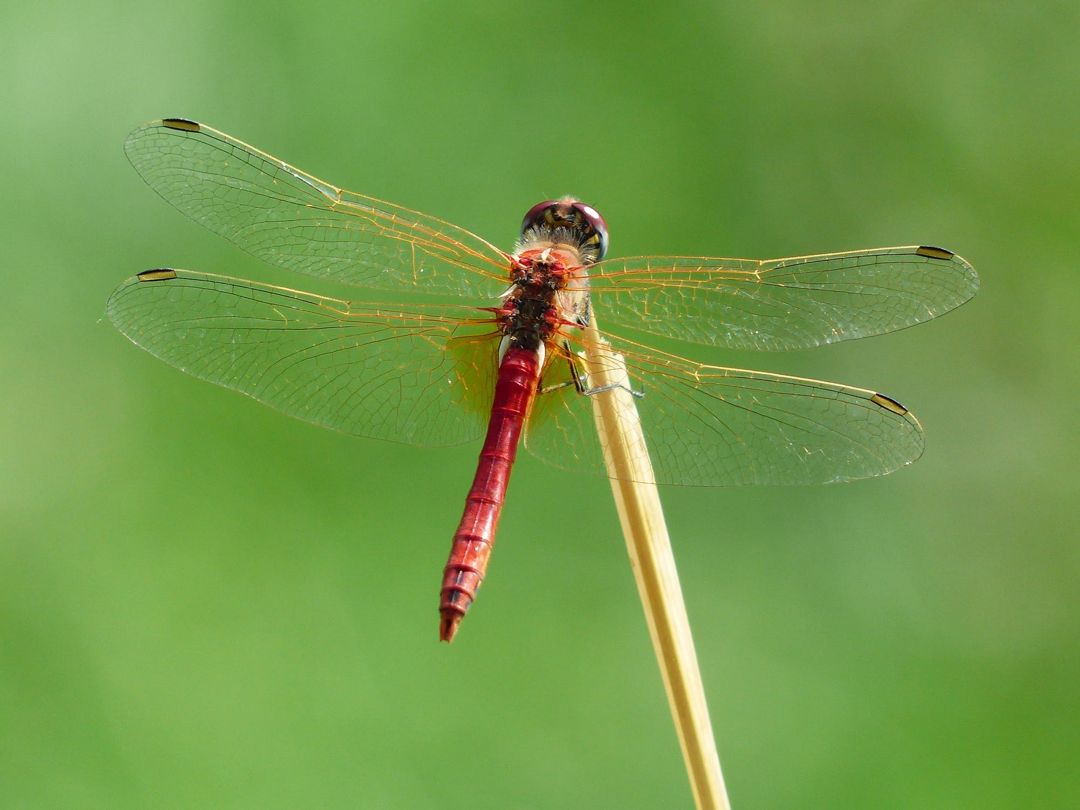 Dragonflies eat mosquitoes, gnats, midges, and practically any small flying insect as adults but like mantises, they’ll attack what they can get. This means they’ll also hunt beneficial insects like butterflies, bees, and even other dragonflies. They’re attracted mostly to plants near water, like cattails, but are also attracted to flowers like yarrow, borage, and echinacea. 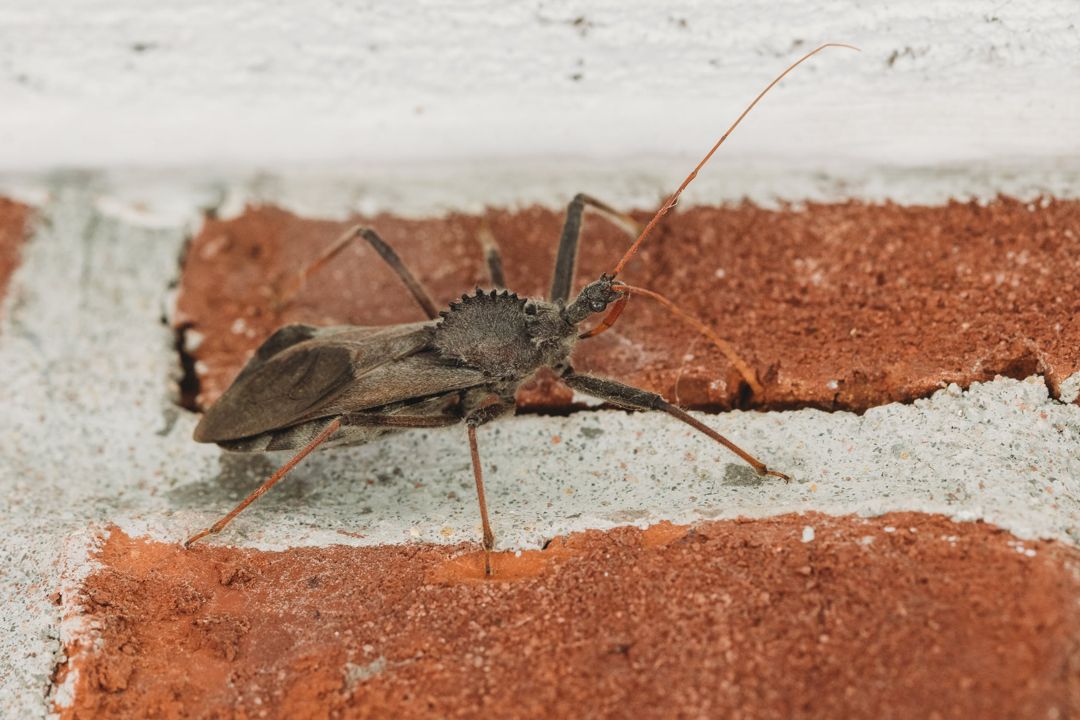 Assassin bugs tend to eat pests that eat foliage, like caterpillars, grasshoppers, aphids, and grasshoppers; however, as “assassin bug” is a very broad category, not all assassin bugs are safe. Some assassin bugs bite and they vary in the strength of their venom, so they can be harmful to humans. Some can also carry harmful parasites. It’s important to be aware of what is in your garden! 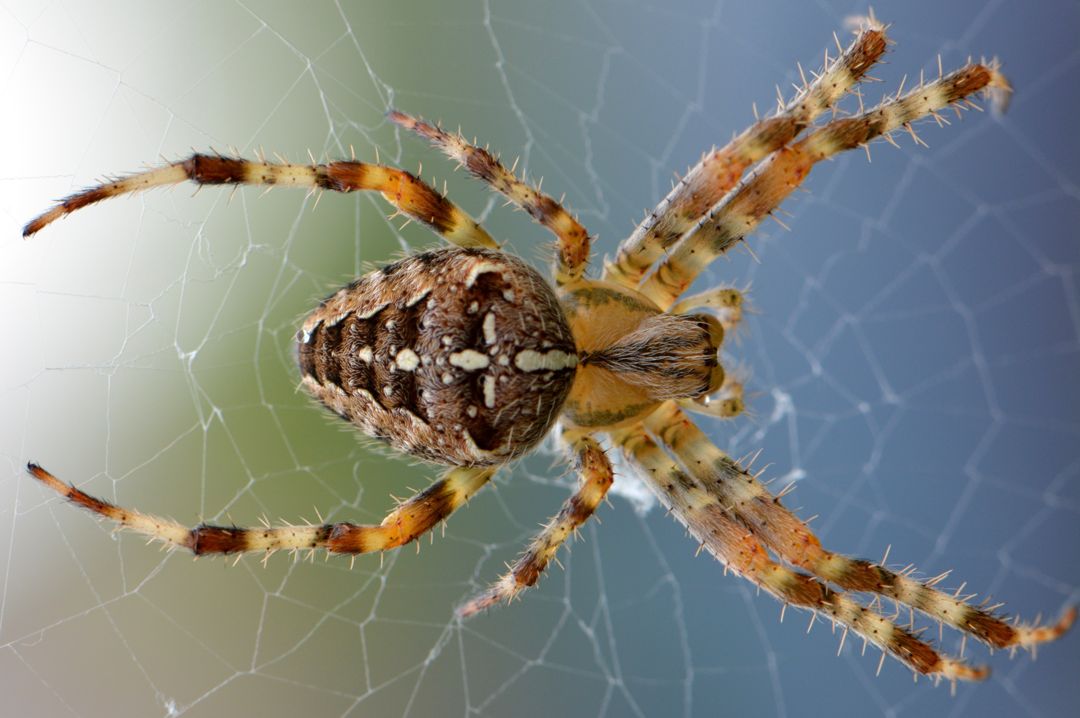 While they aren’t insects, Spiders will eat tons of different pests so I couldn’t not put them here! Aphids, roaches, mosquitos, grasshoppers, you name it! They’ll also prey on beneficial insects, though; whatever they can catch! Spiders are attracted to tall plants for weaving webs on, like sunflowers or corn!